Man's Last Great Invention:
(the following have played in MLGI)

(Also at the P.S. Collective show: Brian, Josh, and Didgeridoo guy-sorry I'm at a loss for a name... help me out!)

"Get to the choppah…err…Project Lodge on May 20 if you demand to know the outcome of the epic battle between the alien fromPredator and the experimental soundmasses of Man’s Last Great Invention. The Lincoln, Neb. electro rockers don't employ those gnarly blades or thermal imaging as part of their improvised noise crafting, but they will be mashing together a live soundtrack synced up with the 1987 future-governor-filled action classic that is designed to “alter the way the audience perceives the film's violent imagery through their lush textural ambience and drone.” The A.V. Club can only assume that entails hypnotizing the audience with white noise and then hunting them for sport. Just remember that once those crazy alien symbols start counting down on the screens as the “laptopist” laughs maniacally, it’s cue to run for dear life and leap from the ensuing giant nuclear explosion that will take out half of East Johnson."


By Mark Riechers May 13, 2010
Excerpts from Man's Last Great Invention show from nocoastfilms on Vimeo.

Farewell Luke, Polipnick
This man never stops shredding, ever! Now he's going to pull an all night session with every band he's played with in Lincoln, before he moves away!


8 bands, two stages, Luke marathon!
Box Awesome
9pm - 1am
only $5!
This will be total insanity. Every single band I have played with while living in Lincoln, alternating upstairs and downstairs in the venue that I book the first Friday music series at for over three years.
(featuring)...

---
So there you go. Lots of music. My arms will fall off after this, but what better way to bid Nebraska adieu! I hope to see some friendly faces out to these events.

All hail the healing power of minimalist hiss 'n drone

none. goes nowhere yet

'none' eh? 43: Perhaps we should re-title "None Too Long" or "None without Narcotics": read a recent review of 'none' from Vital Weekly.
Posted by . at 8:19 AM No comments:

I will be returning to Nebraska soon and I am very excited about some Man's Last shows coming up!

If we are still alive one week after elections: 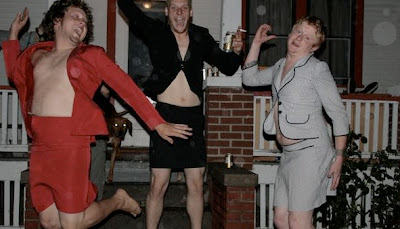 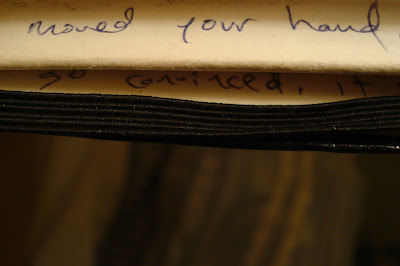 Snakehead (Chris, I can't find anything about this group... do your best!)

but, quickly and seriously...

Here is recent recording. You all, if interested and available should feel free to take it, chew it, spit it out and feed it to your young. If you don't have young, make something out of the mangled mess and post it.
Posted by . at 6:00 PM No comments:

Quickly, very quickly, I want to say "blather lather slathered in bits of supine gazing. Yes, it's right, i guess it's always been." You'll notice that the word "been" was said by me like a Brit, with an overt attention to saying it the "right" way (ie. not American). You'll notice that I am now crazy and cannot say this quickly at all nor with any consistency in the use of the parts of any real form of communication. So, with that in mind I:

that we are playing a show.

I am crazy, driving back to Lincoln to:

Joy Wants Eternity (of Seattle, WA.), a great Explosions in the Sky-esque group with talent beyond my ears. Esau of Lincoln was going to be playing. We need a third band. If you are a band, come play, or disband and come play. Play on our set or play your own. If you know about this show, tell half of the people you want to tell. If you don't want to tell anyone, tell half of them not to come. Somehow, we will still end up playing sounds. Somehow I will still get all of my classwork finished. Take a look at this picture and remember that the show is at Box Awesome on Oct 4th Saturday while, of course, looking at this picture:
:

Perhaps the best time I will have had in Minneapolis/St.Paul was tonight as I saw, coincidentally, Themes perform their last show as a Minnesota band. If you know Themes (yeah, Box Awesome!), you know that they are constantly on tour. Coming to the Twin Cities, I was more than delighted to see that they would be playing at the 7th Street Entry and could not miss the chance to reverse the roles for a change. I drove around the block quite a few times, looking for somewhere to park in this city as a huge mass of Hanson fans waited to get into First Avenue in the unusually warm late September night. Upon my third time around, at the stop light I saw Jacy, stared at him a little, waiting for recognition as well as a green light. You know, great surprise... point, holy shit what are you doing here?, GREEN LIGHT. I finally found a spot a few blocks away (although with how many times I went around that block and how much gas I probably wasted, it might as well have been several blocks away) and eventually met up with Jacy, Kelsey and Hannah from A Whisper in the Noise (now playing violin with Themes) at O'Donovan's patio.

Later, as I watched them perform many new and great familiar older songs, I began to feel nostalgia for a stage and environment that was familiar to me. Themes has been through Lincoln so many times and were always straightforward and kind. Their warmth and passion for their creations is apparent as they seem the same people, very comfortable in their own skin, at home and elsewhere. The point is, without getting too gushy, that these people (among many other greats who have traveled as musicians through Nebraska and, even more importantly, Box Awesome) are really good people and I enjoy my time with them. I began to feel even more at home in a new city. Seeing them in their own environment was a great sight, especially being that this was their last show before going on tour with Minus the Bear, recording new material and making an eventual move to Portland. They will be back here Oct 15th at the Varsity Theater in Dinkytown and I am sure that we will see them again soon back home, hopefully very soon.

side note: Mogwai's Martin Bulloch has a pacemaker with problems?
Posted by . at 2:31 AM No comments: 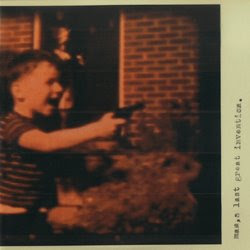 : The One True Dead Angel :


View my page on Telephono

from "Uterine Hunger" by Henry Miller

"When the individual is wholly creative, one with destiny, there is neither time nor space, nor birth and death. The god-feeling becomes so intense that everything, organic and inorganic, beats with a divine rhythm. At the moment of supreme individuation, when the identity of all things is sensed and one is at the same time utterly and blissfully alone, the umbilical cord is at last cut. There is neither a longing for the womb nor a longing for the beyond. The sure feeling of eternality. Beyond this there is no evolution, only a perpetual movement from creation to creation. The personality itself becomes a creation. From symbolizing himself in his works man symbolizes himself in his being. At this stage he utters miracles and produces miracles. He speaks in a language so clear that it penetrates the densest matter. The word becomes magic, it produces a contagion. And it is through this miraculous virus that the world is poisoned and dies. It is the miracle of miracles. The world dies over and over again, but the skeleton always gets up and walks."